A CULTURAL WALK THROUGH THE COLORFUL STREETS OF THE CITY

As a true lover of everything related to arts, culture and history, I couldn’t have been happier to find out that San Luis has them all. Walking around the city center, you come across numerous historical churches, with great detail and in those beautiful pastel colors that are so typical of the Mexican baroque style. Roaming the cobbled streets, at times it even feels like you stepped right back in time. Isn´t it just great to be in a city where you can stroll around for hours and keep discovering new things?

I was even more thrilled when I figured that San Luis is home to a great amount of museums, including a cultural center located in an old prison that kind of looks like an ancient castle. Most travelers don´t seem to know much about the rich culture of the city, since it is often used as a transit place to other parts of the country – which is such a shame! If you are interested in arts, culture and history, you should consider spending more than one day here.

To help you find your way in the cultural jungle of San Luis, I created an Art Route – including a great spot to drink your morning cappuccino – along several ancient buildings, interesting statues and a couple of museums. Grab your camera, drag along a fellow Sukha guest and enjoy San Luis as it deserves to be enjoyed!

You can download the PDF with the Art Route to take with you on the road.

Start your journey at the hostel and walk towards Jardín de San Francisco, where you can admire the first of many beautiful churches. Do you see that statue of a guy with a big hat? That´s Juan del Jarro; he had no other belongings than his clothes and hat, a sphere and his jug (hence his name). He was a well-known clairvoyant and popular philosopher who lived on the streets of the city. Legend has it that he was able to foresee tragedy and predict the future. Along the city center you´ll find a total of five sculptures made by the Potosino artists Mario and Joel Cuevas; later on we will come across some of the others.

Take a turn at the alley next to the church: at night this is a great spot to go for a drink. In the morning you can get your coffee fix at Kaffee Kunst Berlín, located right next to Plaza de Aranzazú. Adjacent to the square you´ll find a beautiful yellow eighteenth century church and the Museo Regional Potosino. Take some time to admire its interesting collection of pre-Hispanic artifacts from the Tamtoc Archaeological site, and other Mesoamerican cultures; and to learn about the customs of the first settlers of the area. Entrance is free on Sundays.

Take the road Vicente Guerrero that leads to one of the most well-known cultural places in the city: the Mask Museum. Housed in a beautiful historic building, the museum is dedicated to traditions and symbolism of masks in Mexican culture. With 1.300 pieces, it hosts the country’s largest mask collection. The masks come from various ethnic traditions and mostly represent animals, devils, demons, saints, conquistadores, angels, and fantastic creatures. Take your time, since there are quite some rooms to discover. On Tuesdays the entrance is free.

Opposite of the museum stands Teatro de la Paz. The tourism office gives out a monthly cultural agenda in which upcoming events are listed. It´s definitely worth checking out the program: you might end up at a traditional dance evening including Mariachi music like I did!

In order to go on with the walk, cross Plaza del Carmen. Can you spot one of the other artworks by Mario and Joel Cuevas? It´s a set of three bronze sculptures on a bench, representing a father´s love for his children. The plaque reads, “Only a father has the necessary skill to inspire respect, love, and friendship to his children at once.”

Museo del Virreinato is located on Plaza del Carmen, next to the Carmen church­: one of the most exuberant examples of the baroque architectural style in the city, built in the eighteenth century. The various exhibitions take you on a historical journey; the museum displays a permanent collection consisting of colonial art, religious themes, antiquities, sacred art, and portraits.

From Plaza del Carmen it´s only a short walk to the Cathedral of San Luis. The church was built in the seventeenth century. Its stunning baroque façade holds Italian marble sculptures depicting the twelve apostles; inside the temple you´ll find a beautiful Byzantine style interior. The cathedral is situated at Plaza de Armas, where you can also admire the City Hall and Government Palace. It´s a great spot to take a little rest and enjoy the liveliness of the city. The square also houses another statue by Mario and Joel Cuevas called ´Lord of the Pigeons´. José Moreno Díaz, as his real name is, came twice a day to this spot, where a pack of pigeons would be waiting to be fed from his hands; according to fellow citizens, this was quite a sight.

Follow the pedestrian street Calle Miguel Hidalgo and take a turn at González Ortega to go to the Contemporary Art Museum. Annually, the art space presents four to five temporary exhibitions; the focus lies on current artistic manifestations like video art, photography, and sound art. The museum is definitely worth visiting if you´re into contemporary art!

From the Contemporary Art Museum you can make a little detour of approximately ten minutes to the Train Museum (Museo del Ferrocarril). You can also choose to go straight to arguably the most impressive cultural spot in town: CEART San Luis. Within half an hour you reach the place via Calzada de Guadalupe, a beautiful walkway surrounded by little parks and interesting sights, which ends at the Sanctuary of Guadalupe: a stunning church with amazing baroque and neoclassical ornaments. Craving some sweets? Keep an eye on the right side of the road, where about halfway the store Costanzo is situated: they sell the best chocolates in town!

Along the walkway you first come across a clock that was a present from the Spanish residents to commemorate the hundredth anniversary of Mexican independence. Further on, you see the last standing stone water tank of the city: back in the day the inhabitants of San Luis would get their supply here. Next to it, there is a statue of a water boy – made by Mario and Joel Cuevas – who delivered the water at people´s homes. Almost at the end of the walkway, you´ll find the Ceart San Luis on your left hand side. The beautiful cultural center, which a few decades ago was the State Penitentiary, houses the Leonora Carrington Museum.

Make your way back to the hostel via the same road and the pedestrian street Ignacio Zaragoza. Do you have some time left in San Luis? In the Tangamanga Park – one of the biggest city parks in Mexico – you can visit Museo Laberinto de las Ciencias y las Artes. Or check out Museo Francisco Cossío, situated in a neoclassical building along Avenida Venustiano Carranza.

Anouk. Arts and culture fanatic,
always on the lookout for special places,
hidden spots and stories that enrich my view on life. 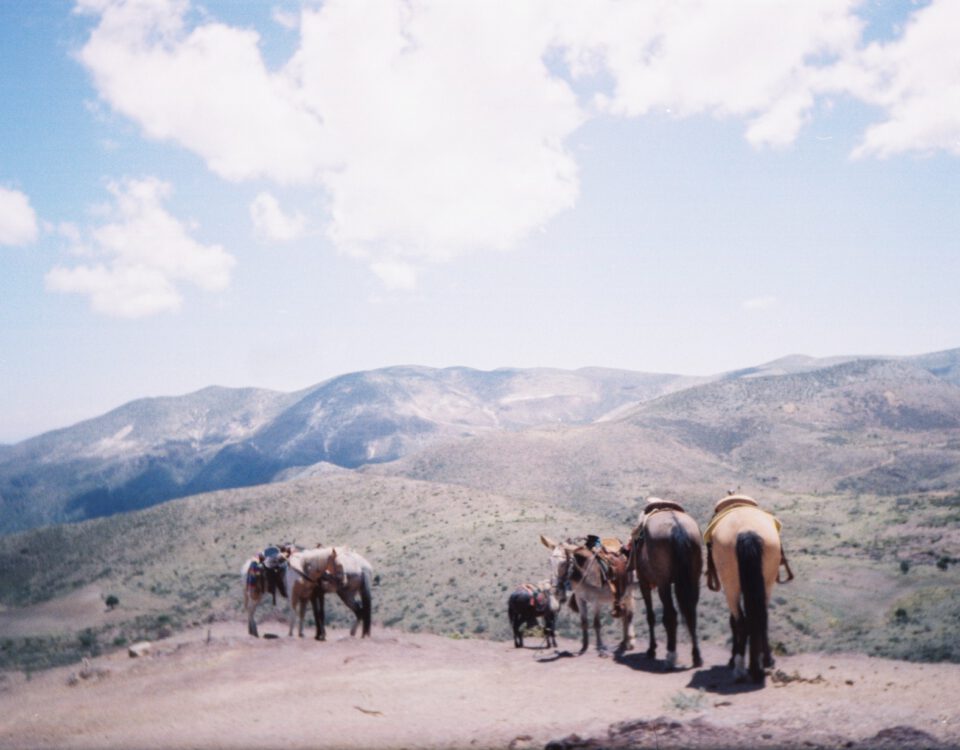 Our trip to Real de Catorce