Hitchhiking. I always found this concept fascinating. I tried it a couple of times when I was a teenager, but only to move around my city, and even then I felt like I was already part of a great adventure. Yet, somehow I never did it “for real” despite all those times I daydreamed about it.

My shot at it finally came when I went on exchange to Australia, back in 2016. I was determined to hitchhike around the country during the first two weeks of my stay and be back in Melbourne for the beginning of the semester. Then it turned out I had to do some paperwork and other school-related stuff, so the trip had to be postponed; then Easter week came but there was something else to do; then the semester was over but there was still something I had to do. Truth is I was too afraid to even try.

A couple of weeks before my stay was over, I was lying on my bed and the thought of that trip came suddenly to haunt me. This was my big chance, the semester had finished weeks ago and I had been sitting around wasting that precious time. The negative thoughts also came wandering around: What if I stand like an idiot next to the road and no one picks me up? What if I run out of money? What if I fail? It seems stupid to me now that I am writing it down, but the fear is way too real.

These negative thoughts had been preventing me from starting my adventure for months, but this time I somehow knew that I couldn’t let them do it again. I stood up quickly and sort of turned my brain off; I grabbed a small backpack and almost automatically began to put my stuff in it: shirts, underwear, socks (five of each) and my shorts; a laptop and a camera that I shouldn’t have taken with me, and that was it. My long-awaited journey would materialize the next morning.

Melbourne was too big a city to start my hitchhiking, so I needed to get out of there. I took the first train to Geelong, a small city to the Southwest, and from there I took a bus to Apollo Bay, a little town on the Great Ocean Road which was the furthest place I knew in that direction. The whole trip took me around five hours.

Truth is I went straight to Apollo Bay not only to get past sights I had already seen, but also because I knew that being so far from home I would feel like a complete idiot if I backed down. There was nothing left for me to do now than go to the far end of town, stand on the side of the road and lift my thumb hoping someone would stop. My nerves were killing me though, it was such a simple thing to do and yet I still felt like I couldn’t; so I took a moment to relax, sat on the beach, walked around and bought snacks for the trip.

It must’ve been around 2 o’clock when I finally decided I couldn’t wait any longer. The sun would set little after 5 o’clock and I needed to get somewhere safe before that happened. I gathered some courage and began the actual journey. After some 10 minutes anxiety was already kicking in; not many cars were passing by and I actually considered booking a room in town and going back to Melbourne the day after, but instead I made a conscious effort to keep following the road and signal whoever came by.

Fifteen minutes, that’s all the time it actually took for someone to stop! And to think all those thoughts and fears lasted months! Two very friendly guys whose names I have sadly forgotten pulled over and let me in their car. They were not driving too far from there but did offer me a beer in that short time span. When I took the bottle from the copilot’s hands I felt the road was talking to me, letting me know that it was proud I had overcome my struggle and joined in; I felt it was its way of welcoming me.

That evening I got to see the famous Twelve Apostles and went all the way to Port Campbell, nearly 100 km from Apollo Bay, thanks to that first lift, a very kind Pakistani family and a couple of skydivers. I slept in a hostel listening to the ocean waves in the distance, knowing that I had taken the most difficult step and from now on everything was going to be fine.

In nine days I made it all the way to Alice Springs, 2,700 km from Melbourne! This was possible thanks to people like Tony, a 70 year-old man who called me every day after we met to see if I was fine and to give me advice; Leon, who not only let me stay at his home but was kind enough to drive me 100 km further the next day, or Michael, who showed me the distillery where he worked and even gave me a small bottle of the purest brandy I’ll ever have as a present. I’ll sure tell you more about them some other time.

To be fair, not everything was a piece of cake. I had a very rough day on an empty road walking under burning sunlight for three hours; twice I had to stand in the rain for at least two hours, and for five days I stank and couldn’t get anywhere near a shower. But even these moments I treasure and feel genuinely proud of, not to mention random events like ending up in an AA meeting somewhere in South Australia or all those nice chats I had with complete strangers at local bars.

Giving up that fear was one of the best things I’ve ever done. Not only was I rewarded with the greatest adventure I had had so far, but it opened the door for so many other incredible experiences I’ve had since; not to mention, it has led me to meet some of the kindest strangers I’ll ever get to know.

Now that I’ve told you a piece of my story, I would like to share a couple of things I learned from this and other similar trips I’ve taken since. First of all, every country is different and I myself have only hitchhiked in Australia and New Zealand; I wouldn’t discourage you from doing it elsewhere but it is always good to seek advice from locals beforehand. That being said, here are the rest of my tips:

1) It’s almost impossible to get a lift in a city, so always start either to the far ends of them or from small surrounding towns.
2) Try getting out of populated areas but don’t walk too far away from them, it’s good to be near places where you can get help if needed.
3) Make sure you’ve found a place to stay before it gets dark. If you are already in a town or city and you’re not sure you can make it to the next one before sunset, it’s better to wait and keep going the next day.
4) Keep friends or relatives updated about where you are and where you’re heading to. You may not have phone reception at all times, so it’s good to start and finish your day doing this.
5) Always carry water, cash, and a couple of snacks.
6) Don’t bring unnecessary items on your trip (like a laptop or a big fat camera), you don’t want to be carrying too much weight if you have to make a long walk.
7) Not everyone trusts a guy traveling on his own, so if this is your case keep in mind that sometimes you’ll have to wait for a long while. Traveling alone as a girl can help you move faster, but unfortunately might not be very safe depending on where you are. A travel partner is a great aid in both scenarios. In my experience and that of some acquaintances, boy-girl and girl-girl couples are much more likely to catch a ride.

I hope you find this information useful and, if you’ve been thinking of it, resolve to start that trip you’ve been longing for. You will definitely not regret it!

Antonio. I travel not to know places,
but to know people. 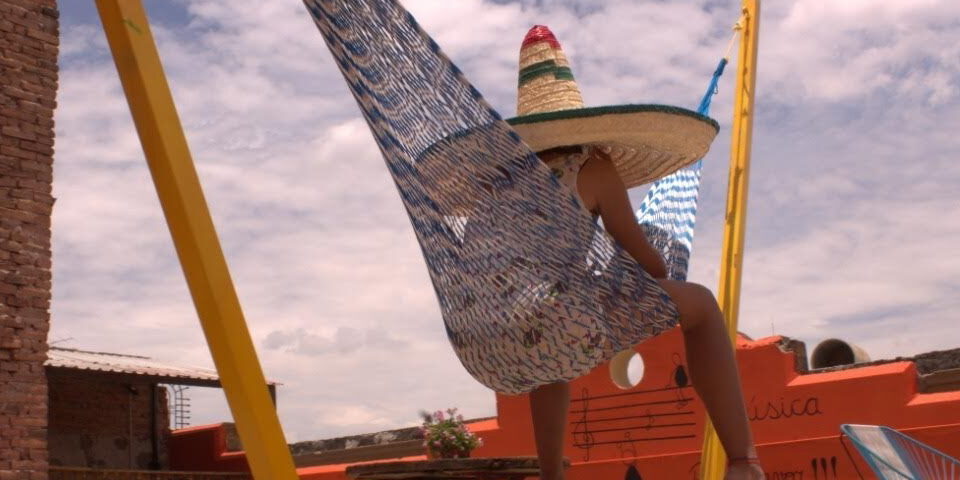